According to a UN study ‘the Middle East region’, refers to the area that includes “all states members of the league of Arab states, Iran and Israel”.  The international efforts that aim to create a zone in the Middle East free of nuclear and other weapons of mass destruction (WMD) started in early 1974 when Egypt and Iran introduced to the United Nations General Assembly a draft resolution to establish a nuclear free zone in the region.  This objective has not been achieved yet even though all the Middle East states, except Israel, signed the nuclear Non-Proliferation Treaty (NPT).

The Treaty on the Non-Proliferation of Nuclear Weapons, known as ”NPT “ ,  which was created in 1968 is considered to be most creditable international  agreement  aiming to prevent the spread of nuclear weapons and its  technology and to promote cooperation in the peaceful uses of nuclear energy and to further the goal of achieving nuclear disarmament and general and complete disarmament. The NPT was opened for signature in 1968. A total of 190 parties have joined the NPT , including the five nuclear-weapon States: the United States, Russia, the United Kingdom, France, and China .

The Middle East according to the UN definition of the region includes one state “Israel “with a nuclear arsenal as well as other states who possess nuclear aspirations such as: Iran, or have possessed them in the past, such as: Iraq and Syria. While Israel is to be considered a nuclear state though this has neither been admitted nor denied by Israel itself, there are solid indicators that some Middle East states have owned, manufactured and even used other types of weapons of mass destruction such as: chemical and biological. In contrast to the successful experience of reaching agreements on nuclear free zones in other areas of the world notably in Latin America, the continuous efforts to reach the same goal in the Middle East unfortunately did not lead to fruition. Indeed tension has been growing and in fact the Middle East is driving in the opposite direction. Instead of reaching towards a zone free of nuclear weapons, the nuclear arms race in the region is growing The aspiration of the Islamic republic of Iran to have a nuclear capability is a clear example; the primitive efforts of Syria and the past experience of Iraq are other examples. It is worth mentioning in regard to the aspiration of the Islamic Republic of Iran to have a nuclear capability that the Iranians have declared several times that they want a civilian nuclear capability, the nuclear fuel cycle, which is dual-use, and that their program is entirely peaceful and for civilian purposes. Nevertheless, the international community has a strong suspicion that Iran MAY want to use the same nuclear fuel cycle to go for a military nuclear program. As yet, there is no definite sign of that.

“Nuclear capability’ is a vague term, which may refer to either the civilian or the military aspect. Since the technologies, equipment etc are usually ‘dual-use’, i.e. can be used for both civilian and military purposes, this is understandable, however, it can be very misleading. It should be clear, therefore, that when we write of freeing the Middle East region from nuclear capability we mean from nuclear capability that is intended for military use not for civilian purposes.   Countries such as: Egypt, Saudi Arabia and some other Gulf states are starting to consider this option seriously, though they announced firmly that their nuclear capability will be for civil use.

The position of Palestine:

• Taking into consideration that all Arab states have joined the NPT (the Nuclear Non-Proliferation Treaty, it can be expected that once Palestine becomes acknowledged as a state, it will join the NPT.

• PLUS as a member of the Arab League, Palestine supports the Arab League joint position on arms control, including the NPT and establishing a Middle East nuclear free zone.

Throughout all the peace talks with Israel the Palestinian leadership made clear their position that Palestinians are struggling to be independent, to establish a free and democratic, non-armored state. The Palestinians are neither interested in nor capable of having a nuclear capability, accordingly it may be said that Palestine is the most supportive nation of the freeing of the Middle East from nuclear and other weapons of mass-destruction.  However, the debate around freeing the Middle East has been confined mainly to officials and policy makers and to some extent academia. Civil society, at all levels, including grassroots, youth and women’s organizations, was never heavily involved heavily in debating this issue . The civil society in Palestine has paid very little attention to this issue, it hasn’t been on the table of communal debate. Records reflect no conferences/seminars/workshops that put this issue on the agenda or addressed this issue. Civil society in Palestine has other pressing issues to tackle such as ending the occupation, poverty alleviation, the empowerment of women, fighting corruption …etc.

The lack of progress in achieving peace between Israel and the Arab states provides the ground for a nuclear arms race. It has been said that the state of Israel wants to own nuclear weapons to protect itself from its surrounding hostile environment, while other nations such as:  Iran, Iraq and Syria aspire to possess nuclear capability to maintain a military balance of power. History proves that agreements by themselves cannot maintain peace and stability, trust and confidence building are equally important. The Middle East has been in conflict mode during the 20th century and it seems that the conflict is not about to be ended. The Middle East conflict is centered around and escalated by the Israeli-Arab conflict. Without resolving the Palestinian cause and reaching towards lasting peace between Israel and the Arab states, the idea of freeing the Middle East from weapons of mass destruction may be unreachable

It might appear impractical to attempt to establish a zone free of nuclear weapons in the Middle East before establishing peace in the region and this means solving the Israeli- Palestinian conflict. So, introducing confidence-building measures, including a regional meeting to discuss the problems, enhancing economic and regional cooperation, combined with ongoing efforts to establish a Middle East free of weapons of mass destruction provides the best procedure to achieve the two goals.

Palestinians have no stake in a nuclear arms race as they are struggling to end the Israeli occupation and to have a free and independent state. The Palestinian leaders confirm that they are neither interested nor capable of being an armored state, they accept fully the need to have only policing forces to maintain internal security, nothing more. Despite these facts, the Palestinian people find themselves the source, the core of the conflict, not only between states but also between the non-state armored groups

Needless to say, the elimination of nuclear and other weapons of mass-destruction will best serve the Palestinian people in achieving their political rights. Eliminating or at least decreasing the tension, hatred, radicalism and extremism in the Middle East is the best way to serve the Palestinian cause. Solving the Israeli-Palestinian conflict will withdraw the reasons for some Middle East states to have nuclear weapons and it will remove any justification for the non-state armored groups to terrorize other people’s lives.  The huge resources that are wasted in the arms race in the Middle East should be re-directed to the development of the people to solve their social and economic problems. This is the best means to enable a secure Israel to live in peace, not by having more weapons.

• This paper was presented at the seminar “A Middle East Free of Weapons of Mass Destruction which was held at the Scottish parliament  on 28th of May 2012 and organized by the UNA-Edinburgh and sponsored by Malcolm Chisholm MSP.

• Special thanks to “Dr. RÓZSA, Erzsébet, from the Hungarian Institute of International Affairs, Executive Director and Senior Research Fellow, Middle East, Euro-Med, non-proliferation” for her valuable assistance in writing the paper.

• Founder and Director of Palthink for Strategic Studies, Gaza  www.palthink.org he can be reached at omar@palthink.org 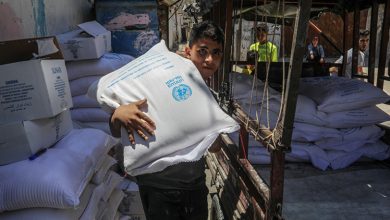