Cautioned uninhabitable in 2020 by the UN report, Gaza still has buried treasures that are only searched for by the poor. Such treasure radiates the only shimmer of hope for a number of the Gaza’s poor who have been living in a state of despair and financial hardship. In addition, it provides them with a unique approach to continue living in spite of the cancerous repercussions caused by the chronic harsh reality in Palestine including a 13-year-old Israeli-Egyptian blockade in parallel with an internal Palestinian division between the Fatah-controlled PA and Hamas.

Despite the significant increase in poverty rates exceeding 53 percent in the Strip, families, and young parents in particular are being hit the hardest, more so with the COVID-19 outbreak. To feed their children, they are coerced to search for the exit under the extreme summer heat and cold rainy winters. The persistence of worsening conditions compels every Gazan to give sacrifice after another for their own livelihood and independence.

During a weekend morning walk, Palthink Director Omar Shaban stumbled upon a group of two men and the child of one of them who spend hours collecting rubble from the remainder of old demolished buildings and houses. Lifting and carrying them on their donkey cart, moving it from Gaza’s coastal frontier into a temporary depository where more rubble and stones are collected and stored, and ending their long day-journey with depleted energy, tired bodies, and disordered mental health. Thereupon, they head off to local contractors working in the masonry, selling their cartload for only 15NIS (approx. 4.4 USD). 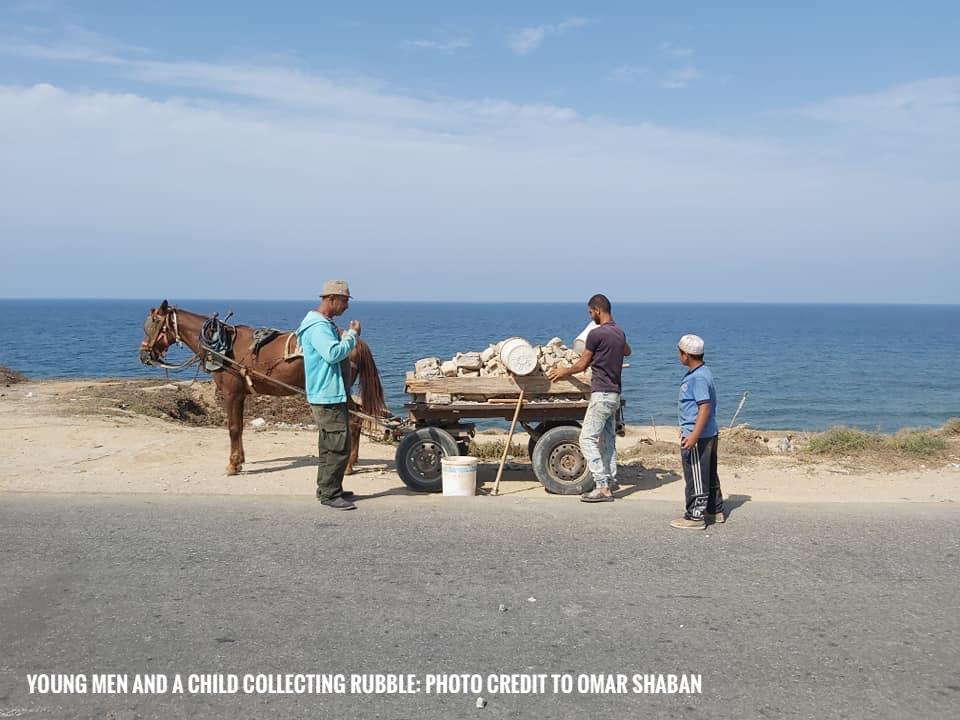 What does $4.4 get a family in Gaza? A family cannot properly prioritize how to spend this humble sum of money. Shall they spend it on the education of their children? Shall they purchase sanitizers, masks, or a kilo of potato, meat, a packet of milk, or flour? It is highly anticipated that a family can turn to violence for the sake of securing food and making a higher amount of money to meet their daily necessities.

The sluggishness in acting upon this serious dilemma puts at risk the security and certainty of hundreds of families in Gaza and the lack of poverty-alleviation programmes to secure food and drinking water, to assist access to mental health and healthcare facilities can make it even worse than ever.

In most of the world’s countries, this kind of job is never found but in Gaza. From the nadir of poverty, Gaza people innovate their own ways to confront poverty and to survive this whole chaos.

In the voice of the poor, the international community has to take an urgent step to discuss and consider acting, to its best performance, for the designation of special programmes aiming at mitigating risks and embracing the souls of hard-working poor individuals. At the end of the day, rubble in Gaza is the treasure our poor search for as the only way out. 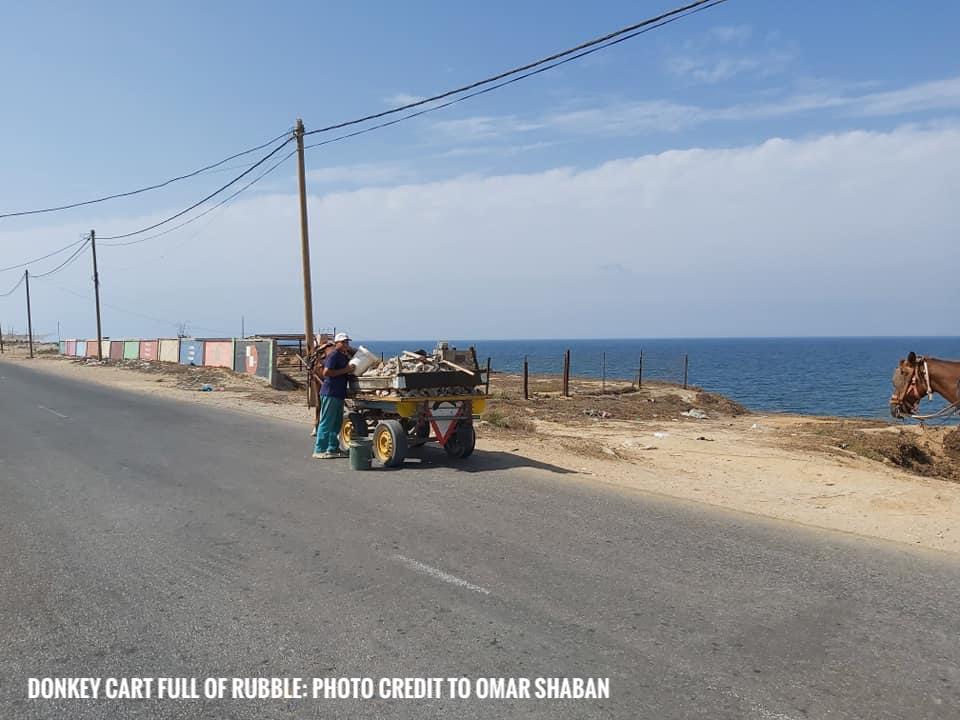