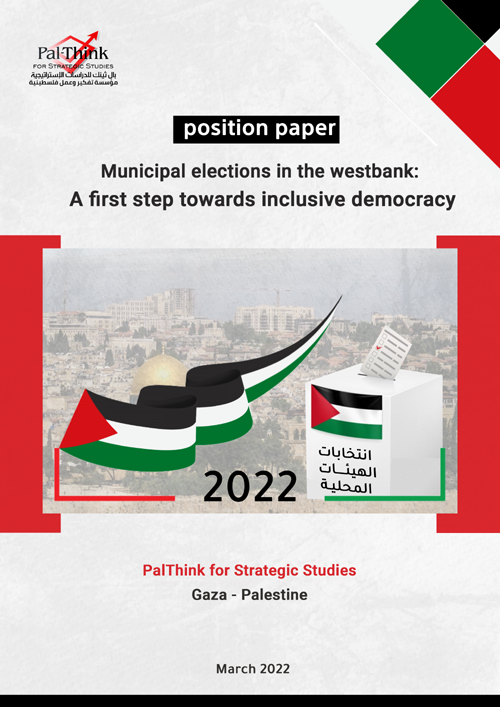 PalThink for Strategic Studies followed the second phase of the electoral process in its second phase with great interest. It was conducted in eleven governorates in the West Bank, including occupied Jerusalem, and was held in fifty local municipalities. Two-hundred thirty-four lists competed in the elections. According to the Chairman of the Central Election Commission, Hanna Nasser, who spoke at the morning press conference in Al-Bireh city on March 26, 2022, independent parties comprised 64.4% of the candidates, while there were 35.6% party lists.  The overall turnout was 53% of those eligible to vote despite the challenges of holding regular and permanent elections in all Palestinian areas, sectors, and institutions.

Policy Paper: Considerations of condemnation and balance of Palestine's position on the war in Ukraine