In several countries, ideologies play a significant role in shaping the internal and foreign policy of the country. It is not only policies that are affected by ideologies, it the whole society along with all its components..

1.     In the Arab world, the policy of the state is directed personally by the leading man of the country whether he is a president or a king.

2.     Ministries and public organizations are ruled by political parties which determine the political, economic, cultural, and social orientations.

3.     The interest of the country is connected strongly with commercial interests.

4.     The country is strongly affected by its neighboring countries.

5.     The country’s policy is strongly shaped basing on international agendas.

On the other hand, Israel might differ from its neighboring Arab countries due to reasons associated with its social, religious, and cultural structure. Occasionally the use of religion in various aspects reflects the adoption of religion as an ideology that directs the Israeli policy.

1.     Internal ideology: As mentioned above, the internal ideology plays an important role in shaping the Israeli policy. To touch on this fact, such ideological intervention can be reflected through reviewing famous names of Israeli ministers who serve in the current right-winged government:

o    The first ministry is the ministry of interior affairs administered by Eli Yishai who is a member of Shas, the Sephardic and Mizrahi Haredi party. Yishai is one of Rabbi Ovadia Yosef students .

o    The second ministry is the ministry of education. The minister is Gedon Saer from Likud Party. Saer strongly adopts the original Zionist principles

o    Ya’akov Ne’eman is third minister. He is the minister of Justice where his ministry keeps covering the practices of the ministry of internal affairs against non-Jewish citizens.  Ne’eman’s ministry keeps issuing laws that ensure a pure Jewish Israel.

o    The fourth minister is famous and well-known. Ehud Barak, the minister of defense who represents the connection between the secular aspect of Israel and its Haridi fundamentalist aspect.

2.     The Jewish Lobbies: The Jewish lobby in the United States of America plays an important supporter for Israel’s policy. It also contributes in shaping and formulating the US policies to serve Israel. This lobby is dedicating all his abilities and powers to assist Israel.

3.     The economic power: This means Israel’s national income as well as imports and exports. For example, Israel is pioneer in military manufacturing and marketing fields. For this reason, Israel gives the economic factors high considerations more than the political ones.

4.     The forth influential factor is Israel’s military capabilities which give it the superiority in the Middle East. Israel was and still the state of generals. Most of Israel’s leaders are military men as in the case of political parties, associations and institutions.

§  Flabbiness of the Palestinian political system where every political party act and reacts basing on the interest of the party itself.

§  Lack of Palestinian parties’ political influence on the overall Palestinian domain. This is because of occupation, blockade policies, and isolation. And the main reason is the absence of political participation concepts.

§  The Palestinian political division between Fatah and Hamas.

§  The inability of Palestinian parties to agree on forming the Palestinian objectives basing on a national program has been agreed upon through democratic processes.

Based on what mentioned, Israel will keep seeing the Palestinian party as a negotiator who seeks signing an agreement to end the conflict. In general, Israel still does not recognize the Palestinian side as a rival who face Israel political through this negotiation.

Israel is using the negotiations as a bridge to facilitate normalization with the Arab world. This normalization serves Israel’s aims of being a central state in the Middle East.

The general view towards Israel nowadays gives us evidence that the mainstream in Israel is towards more radicalism. The fundamentalist mainstream can be observed on several levels in the Israeli society..

Europe… Horizons of the Dialogue with Hamas by Dr.Ghazi Hamad

Latest Developments in Saudi Arabia and their Internal and Regional Consequences on the Palestinian Cause.

Policy Paper: " Youth of Palestine: Charting A Path Out of Extremism”

Europe… Horizons of the Dialogue with Hamas by Dr.Ghazi Hamad

Latest Developments in Saudi Arabia and their Internal and Regional Consequences on the Palestinian Cause.

Policy Paper: " Youth of Palestine: Charting A Path Out of Extremism”

The corporations sector in Palestine (2): The case of "The Palestinian non-banking financial sector" 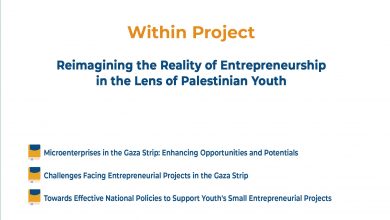 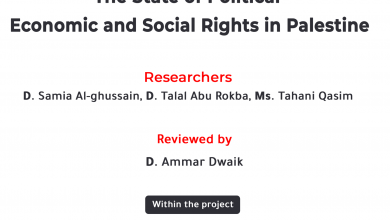 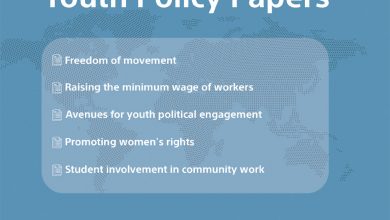